Frankenfoods: How Fast, Fake and Processed Foods Are Killing Us

Processed foods aren’t just microwave meals, McDonalds burgers, packets of chips or soft drinks – these are definitely among the worst – but engineered food products are increasingly becoming part of our Western diets.

The food industry also uses advertising and promotions to “normalise” the consumption of highly-processed foods and drinks, and its powerful lobbyists have power to resist regulation.

Often these harmful processed foods are sold under the guise that they are actually healthy and come with labels sporting ‘‘natural’ and “organic”. In particular look out for breakfast cereals and muesli bars as often they are highly processed, filled with sugar and salt and sold as healthy options.

It’s important to understand, the more processed a food is from its original state, the less healthy it becomes.

Our bodies are wired to process simple things – remember the days when bread only had a handful of ingredients? Now look at the packets, some types of bread can literally last for weeks and have dozens of ingredients. It’s little wonder our bodies are so confused and issues like obesity, Type 2 diabetes and cancer is on the rise.

What is processed food?

Processed food, according to Collins Dictionary, are foods that have been treated or prepared by a special method, especially in order to preserve them.

The degree of processing can vary dramatically, for example, this can be simple such as freezing or drying food to preserve nutrients and freshness, like frozen spinach or pickled sauerkraut – to complex preparations which combine ingredients such as sweeteners, colours and preservatives to form a food which doesn’t look like anything in its original form (take a donut for example). The best way to know what you’re eating is picking it in your own hand – directly from a farmer’s market.

How bad is it really?

Heavily processed foods are infiltrating our kiches as cheap and easy ways to feed the family, but the concern is they are actually full of chemicals, harmful preservatives, colourings, artificial flavours, sweeteners, salts, unnatural fats and refined carbohydrates. They also tend to be low in nutrients and fibre.

The World Health Organization has classified processed meats – including ham, bacon, salami and frankfurts – as a Group 1 carcinogen, meaning there’s strong evidence that they causes cancer. Definitely steer clear of these meats – in general, if you want to eat meat I recommend organic white meat or fish over red meat.

Eating processed food in moderation is fine, but you need to look out for hidden sugar, sodium and fat. Added sugar isn’t just found in processed sweets either, it’s often added to bread, jarred pastas and cereal. We are now seeing more organic or gluten free foods that are highly processed and have a lot of added sugar. People think they are being healthy by going for these options, but don’t realise that the marketers of these food are paid a lot to trick you into putting them in your trolley.

Most canned vegetables, soups and sauces also have added salt as it’s used to preserve and extend shelf life.

In Ayurveda we look at the whole process around preparing and eating food and overly processed food should be avoided. It’s much better to eat whole fresh foods. This gives us what is called prana – the living aspect of food you can still feel its energy and life force.

What are the different levels of ‘processed’?

Here’s an outline of the different levels of processing, and it affects what you’re eating:

Unprocessed and minimally processed foods: This includes basic whole foods such as vegetables, fruits, nuts, eggs, milk and meat. If processing is used it’s to preserve shelf life such as freezing vegetables and vacuum-sealing meat.

Processed foods: Foods that have had some processing and contain two or three ingredients. These might include canned fish, salted nuts and sourdough bread

Ultra-processed foods: These are industrial formulations of five or more, usually cheap ingredients. It might include instant soups, ice cream, breakfast cereals and hot dogs.

If you eat too many processed and ultra-processed foods you’ll have a greater risk of obesity, hypertension and high blood sugar levels which can lead to heart disease and diabetes. The less processed, the better.

Disease starts from the gut not being able to process foods. Aches, pains and issues start to arise, but the doctor will only name the symptoms of a disease once it’s gone on too long and your body is actually overloaded by then.

To find out where you are on the health spectrum and what you need to do to start the journey to improve health and vitality, visit http://healthspectrumtest.com 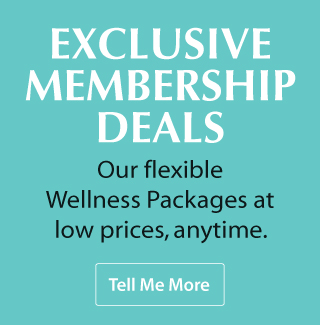